During my time here, I worked on introducing a new method to visualise concepts by simulating the prototyping process in Cinema 4D. I also worked on the Amsterdam Lights Festival 'End over End'.

My work at full blown started after watching countless hours being spent on prototyping and creating models, just to visualize the shapes and different finishes, I realised this time could be spent Ideating. Due to the nature of the blown metal design I decided to look into a physics engine 3D prototyping method.

Above is a concept for a metal inflated bench I produced using the simulator on cinema 4D. These sort of inflations in the workshop require countless hours of welding the metal together, and you never know what the shape might look like until its fully inflated. Using a physics engine like cinema 4D creates a unique model every-time its inflated, making the prototyping stage unique, fast and cost-effective.

To demonstrate the potential of this software I decided to replicate an exact copy of the balloon Steve (Design Director) physically made for a client a few years back.

This ballon was impossible to visualise properly, before Cinema 4d due to the detailed ripples formed around the seam when inflated. They later wanted to include it in their website and had to hire a costly photographer, this could have all been avoided by using the simulator to design an almost identical model.

Material restraints are set within Cinema 4d to simulate the material that would be inflated, in this case steel. Then the seal is selected, (normally this would be welded in the workshop) and the air pressure amount selected to achieve the desired shape.

The studio spent weeks getting the model ready and photographed. My 3D model took just over half a day to create and a fw hours to render to the exact same quality.

This is the rendered model from the previous Cinema 4d screenshot, as you can see each individual balloon crease is formed to simulate the metal inflation. There are virtually no differences between the real one and the 3D version, except this one took roughly 90% less time to make.

Steve Newby had been visualising a bench version of the chair he made for years, he had the entire thing pictured in his head but the sheets of metal required to manufacture weren't worth the time. With the 3D simulation I was able to model these concepts, bridging the gap between imagination and visualisation.

A giant football concept created for a private client.

A few outdoor seating concepts I designed and modelled for Full Blown.

As you can see in the image above, the way the material morphs is very unique to metal. Within the 3D simulator you can set restraints on to how rigid a material can be, so by replicating the same material restraints as steel, I was able to achieve a similar finish (notice the wrinkles in the corners) when simulating the inflation in Cinema 4D.

Whilst at Full Blown, I was fortunate to work on 'End Over End' which is a giant glowing slinky with animated rings to simulate it jumping off a building.

"Milburngate is transformed into a nocturnal playground by a super-sized version of a classic toy. Each coil of the oversized spring is illuminated in turn, creating the familiar flowing form of a Slinky tumbling into the shadows. Inspired by the artists’ children’s toys, End Over End playfully subverts our sense of scale." - Lumiere Light Festival

I worked on creating the 3D model for the first few iterations of the slinky to determine where it would actually bend.

I also carried out a stress tests using Solid works to determine which parts of the slinky would need reinforcing due to the nature of the curve.

And also exhibited in the Amsterdam Light Festival 2019 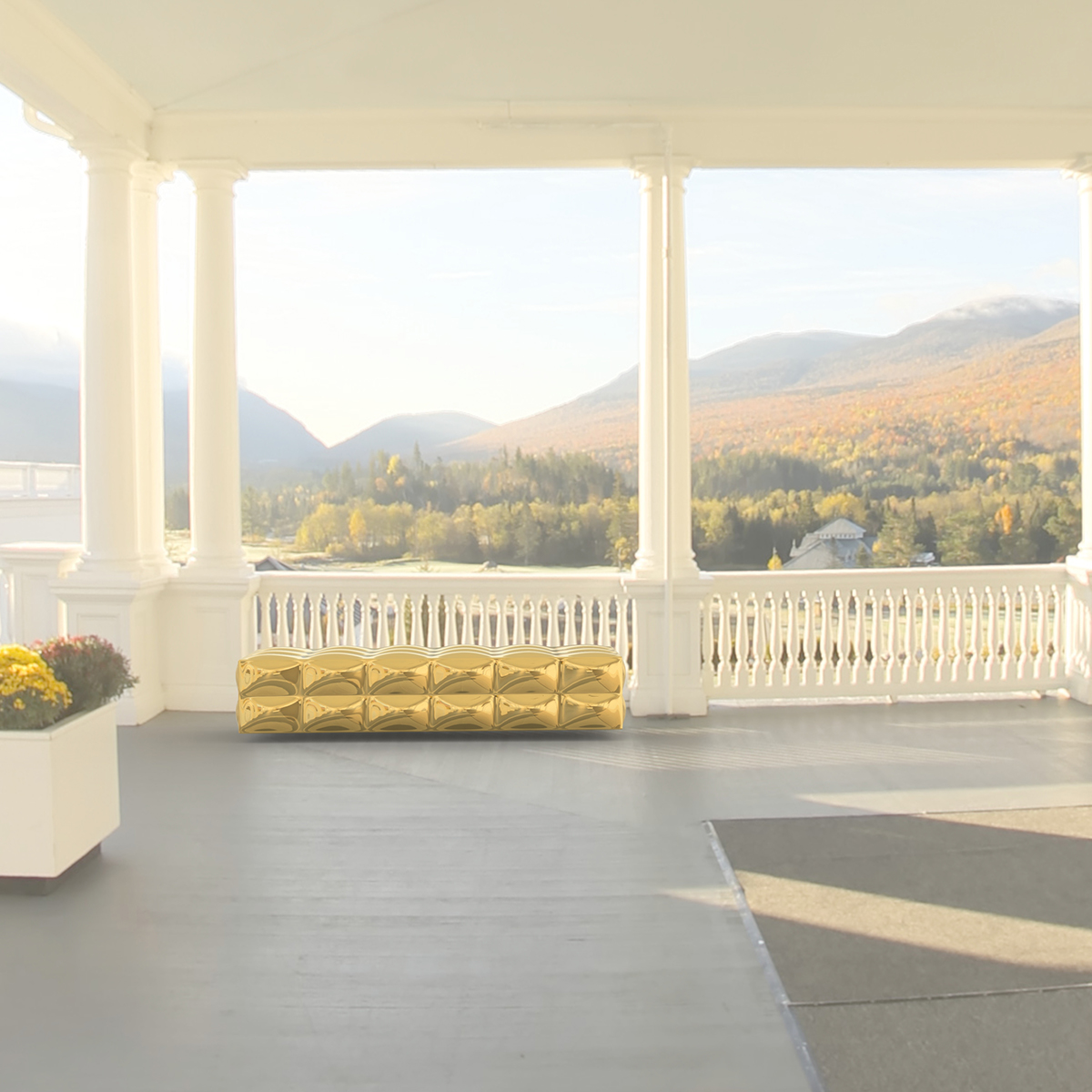 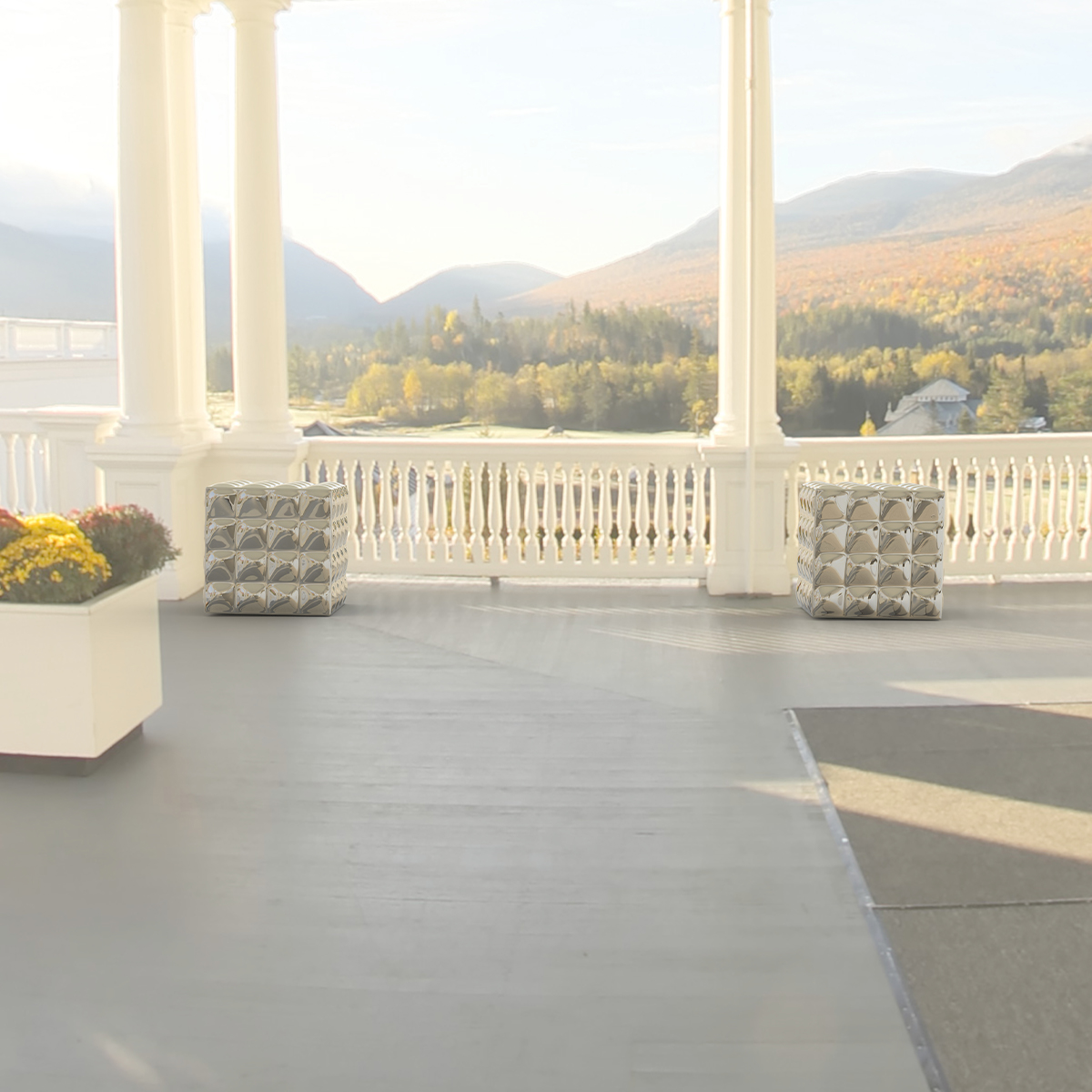 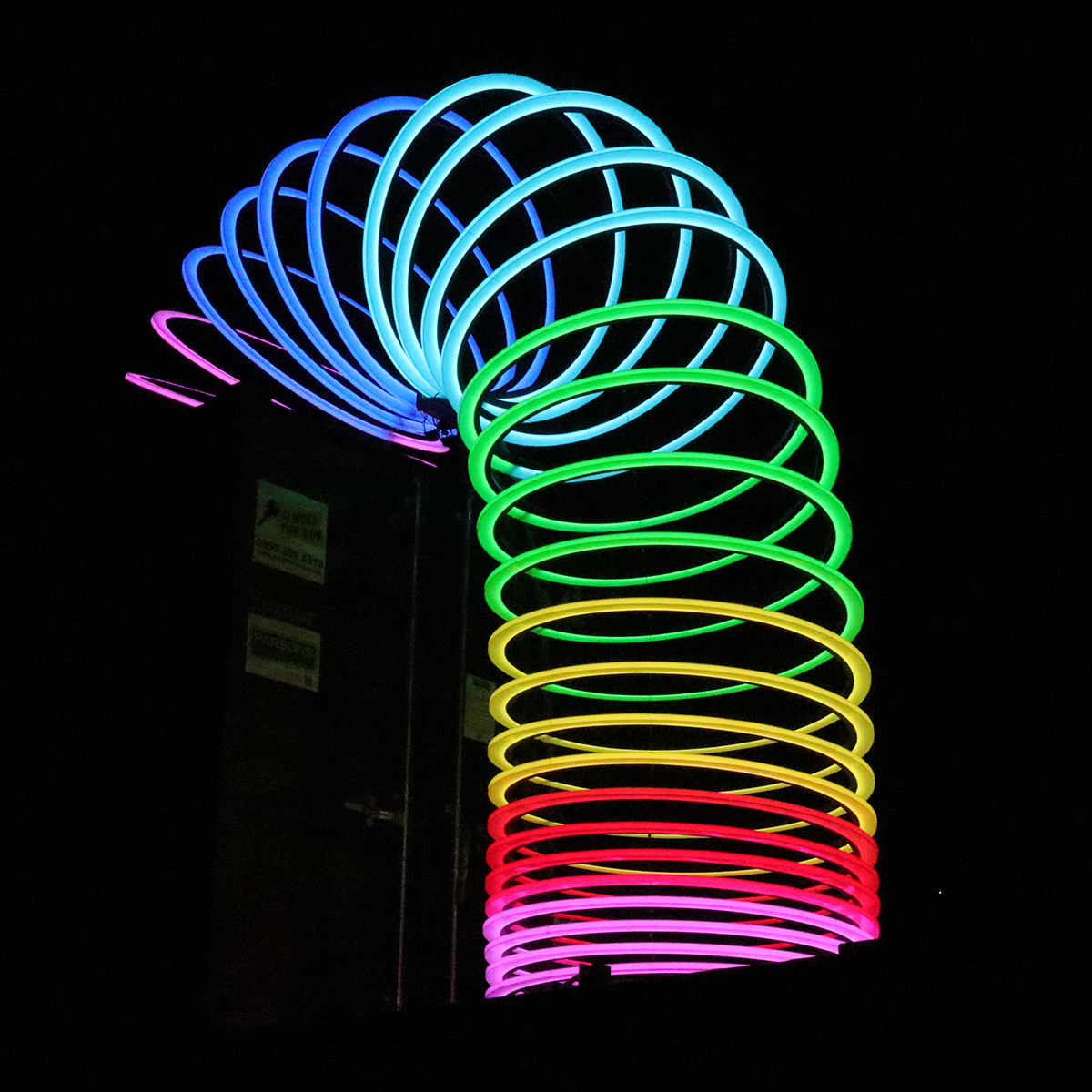 Visualising ideas in the workshop is very time consuming and costly. Adi introduced a way to simulate the metal inflation process in 3D and test different finishes with the touch of a single button, so we can spend more time developing concepts for clients and save costs on materials and time. We look forward to working with him in the future.